ReBlog: This Saint Heard Heavenly Music on Her Wedding Day

I only know of St. Cecilia because she was often mentioned by our choir’s maestro, who invoked her intercession at every practice.
Little did I know, her life was a symphony of its own, resounding until today.
She was a woman who dedicated her life to pleasing an audience of One.
When Cecilia was about to be given to marriage, she wore sackcloth, fasted, and prayed intensely for angels and saints to guard her virginity — because she didn’t want to get married in the first place!
She told her husband, Valerian, a pagan, that an angel was watching her to ward off anyone who would touch her.
Upon hearing this, he asked to see the angel.
Cecilia told him that it would only happen if he believed in one God and be baptized.
Indeed, when Valerian returned upon his baptism, he saw Cecilia praying in her chamber, and an angel with flaming wings beside her!
When Valerian’s brother heard about this, he also wanted to be baptized.
The two brothers then devoted themselves to burying Christian martyrs, eventually leading to their own arrest and martyrdom.
But Cecilia transformed this pain into purpose, sharing the Gospel to others as she did to her husband and brother-in-law.
She converted 400 persons during her lifetime!
For this, she was condemned to death by suffocation.
She was shut inside the baths where they raised the temperatures to kill her, but Cecilia didn’t even break a sweat.
She was then sent off to be beheaded but, even after three attempts, the executioner failed to completely sever her head.
With a partially hacked neck, Cecilia was left to bleed to death, but she lived for three days more.
And during that time, she kept playing the symphony of her soul, praying and preaching to the crowds who came to her until her last breath.
St. Cecilia is said to be the first of the incorrupt saints.
During her exhumation, it was reported that a “mysterious and delightful flower-like odor proceeded from the coffin."
She was named the patroness of music because she talked about hearing heavenly music in her heart at her wedding.
Like St. Cecilia, our life is a symphony, too—a beautiful arrangement of highs and lows.
Notes might not make sense on their own but, when they come together, they form the most beautiful melody.
May we recognize God’s melodic voice singing to us.
And may we, like St. Cecilia, walk with God until our lives reach their magnificent crescendo.
“He put a new song in my mouth, a hymn of praise to our God. Many will see and fear the LORD and put their trust in him.” (Ps. 40:3)
REFLECTION QUESTION:
1. What song or music speaks powerfully to my heart? What do I feel God telling me through it?
Action Step:
1. The next time you find yourself in a stressful or frustrating situation, sing a song of surrender in your heart for God to take control of your circumstances. Make it a habit.
REFERENCES:
https://www.catholic.org/saints/saint.php?saint_id=34
https://www.stcecilias.school/page/...
--------
Have you ever wondered why Catholics pray with saints? Let’s unbox:
http://bit.ly/whypraytosaints
Join the Unboxing Catholicism Community to get FREE daily content on apologetics and evangelization: https://bit.ly/UnboxingGroup
#UnboxingTheSaints
#UnboxingCatholicism

Jeric is a Laguna native who started his Overseas Filipino life in Dubai in 2011. He also serves as the Feast Builder of Feast St. Mary's Dubai, a prayer gathering of the Catholic Lay community, Light of Jesus Family. However, his true passions lie in his love for his family as a husband and father, whom he also documents through his personal brand, Tatay Jeric. 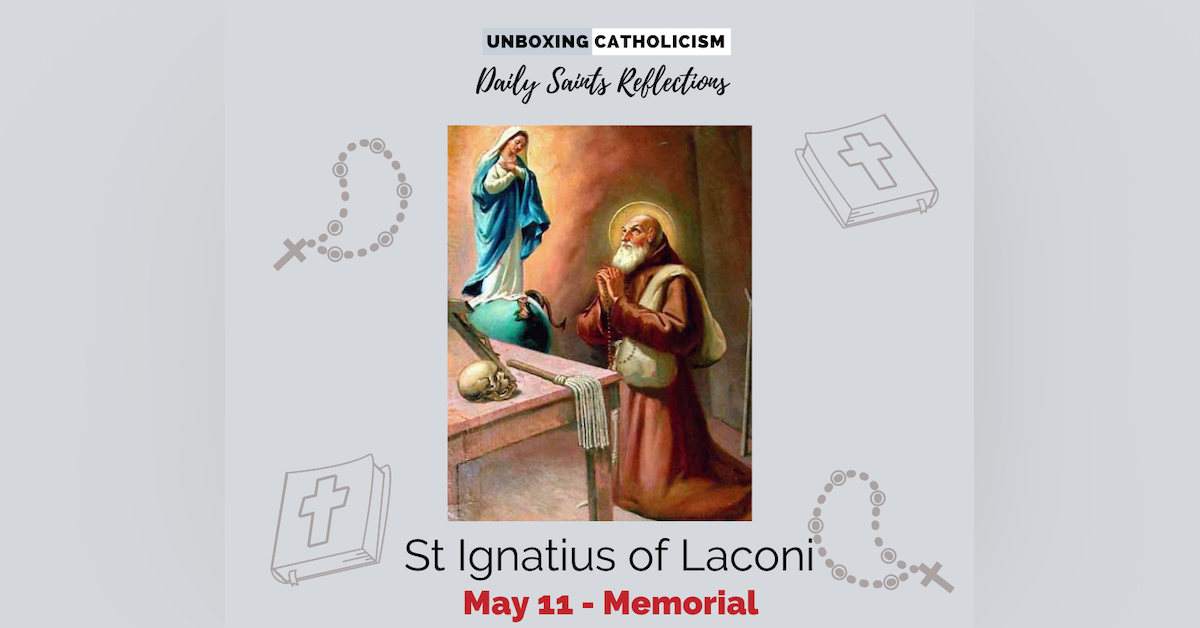 ReBlog: The God of the Second Chance

Have you ever been given a second chance at something?   After 9 months of being jobless in Dubai, I was given another chance to be intervie… 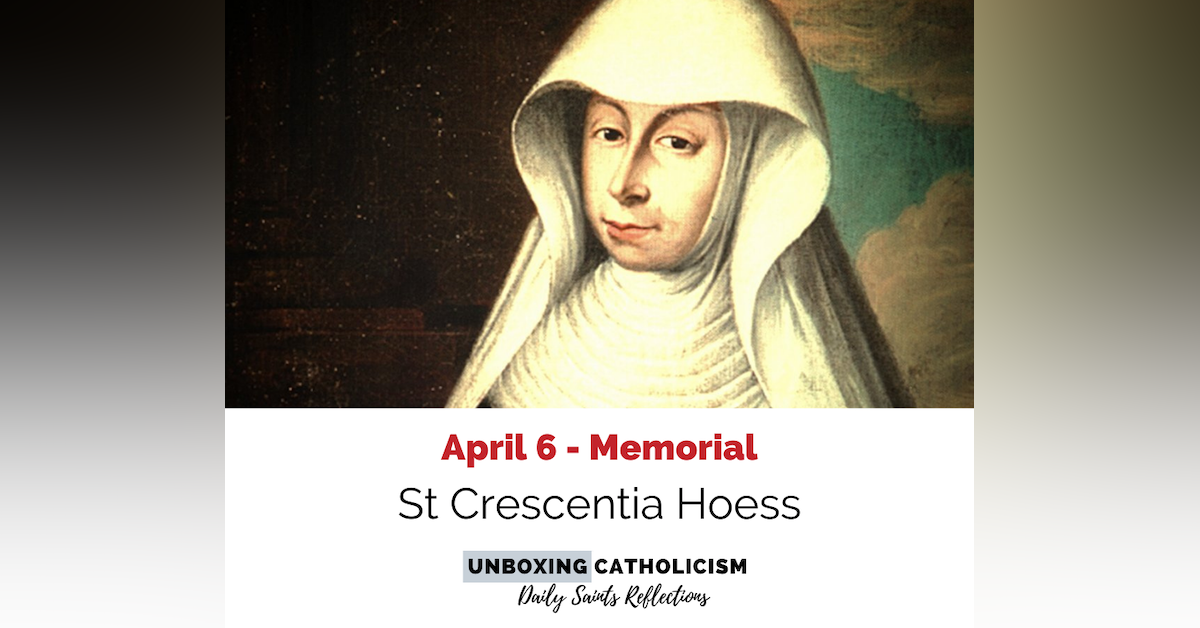 St. Crescentia’s life embodies the verse from Luke 16:10.“If you are faithful in little things, you will be faithful in large ones. But if yo…