ReBlog: This Saint Messed Up Big Time & Ordained a Heretic 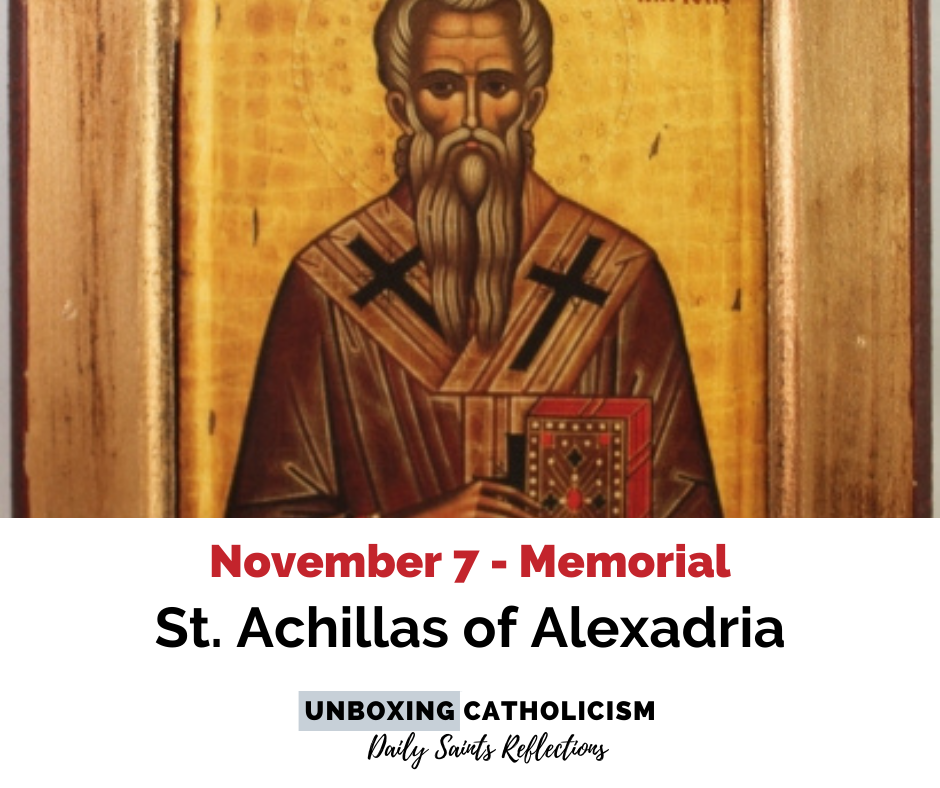 Have you ever been deceived by someone you trusted?
It was unlikely for St. Achillas to be theologically deceived by anyone for he was the former head of Alexadria’s catechetical school.
But Achillas ordained Arius, who would eventually go down in history as one of the most notorious and damaging heretics in history.
He deceived Achillas, not once but twice, by convincing Achillas that he had changed his ways and should be allowed back into the Church.
Achillas realized the deception of Arius. He then took steps to defend the faith against Arius and even other heretics.
He died without seeing the results of his efforts.
But his work became the seed that helped his successor continue the battle against the Church’s enemies.
In our lives, we will encounter betrayal.
We will make mistakes in judgement.
Our beliefs may even be challenged and questioned by the very people we trust.
Let’s be encouraged by the life of St. Achillas, in trusting that our battle is not ours alone but the Lord’s.
May we trust God with our mission in life to bear fruit even beyond our time.
REFLECTION QUESTIONS:
1. How will I deal with a betrayal in your life?
2. How can I continue proclaiming the truth of our faith in the midst of criticisms?
REFERENCES:
https://catholicherald.co.uk/saint-of-the-week-achillas.../
https://www.catholic.org/saints/saint.php?saint_id=1099
--------
Have you ever wondered why Catholics pray with saints? Let’s unbox:
http://bit.ly/whypraytosaints
Join the Unboxing Catholicism Community to get FREE daily content on apologetics and evangelization: https://bit.ly/UnboxingGroup
#UnboxingTheSaints
#UnboxingCatholicism